"This title contains mature language and subject matter that may not be appropriate for every student. The characters in this book deal with tough issues and we hope that their stories will help you gain a better understanding and tolerance of others." 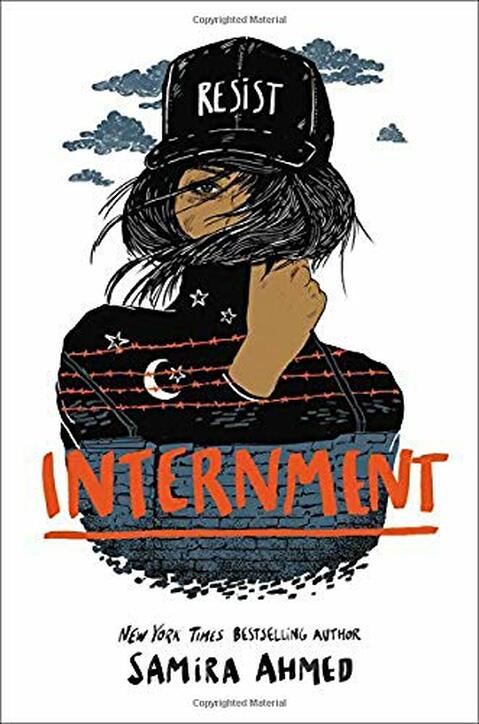 Rebellions are built on hope.

​Set in a horrifying near-future United States, seventeen-year-old Layla Amin and her parents are forced into an internment camp for Muslim American citizens.

With the help of newly made friends also trapped within the internment camp, her boyfriend on the outside, and an unexpected alliance, Layla begins a journey to fight for freedom, leading a revolution against the internment camp's Director and his guards.

Heart-racing and emotional, Internment challenges readers to fight complicit silence that exists in our society today.

BL 8.2
11 Points
Activity 1:
​Here are ten different statements that I want you to agree or disagree with after you have read the novel.
Explain to me why you agree/disagree with any of these statements. Did you feel differently before you read the book?

Activity 2:
Use this quote from the book and create a poster to go along with it.

Activity 3:
Islam’s have five pillars of faith, or guides for daily life for Muslims
SHAHADAH – declaration of faith – testifying that there is only one god, or Allah
SALAT – ritual prayer, five daily prayers that are done at dawn, noon, mid-afternoon, sunset, and night. These are said in Arabic and done facing Mecca.
ZAKAH – alms tax, giving 2.5% of one’s money to the poor and needy
SAWM – fasting – during Ramadan, which happens during the ninth month of the Islamic lunar calendar, Muslim’s fast during daylight hours. They do this to remind people of the goodness of what they have and to show equality with the poor
HAJJ – pilgrimage – once during a Muslim’s life, he or she should visit Mecca, a sacred place in the Islamic tradition

Layla didn’t follow any of these “rules” of being a Muslim very faithfully, but it didn’t matter to the government, she was still labeled as one and sent to an internment camp. Do you think this is a good practice? Do you think that something like this could happen in the near future in the United States? What would you do if the government decided that your religion was “wrong” and decided to put everyone in your church to an internment camp.