Not if I Save you First
-Ally Carter 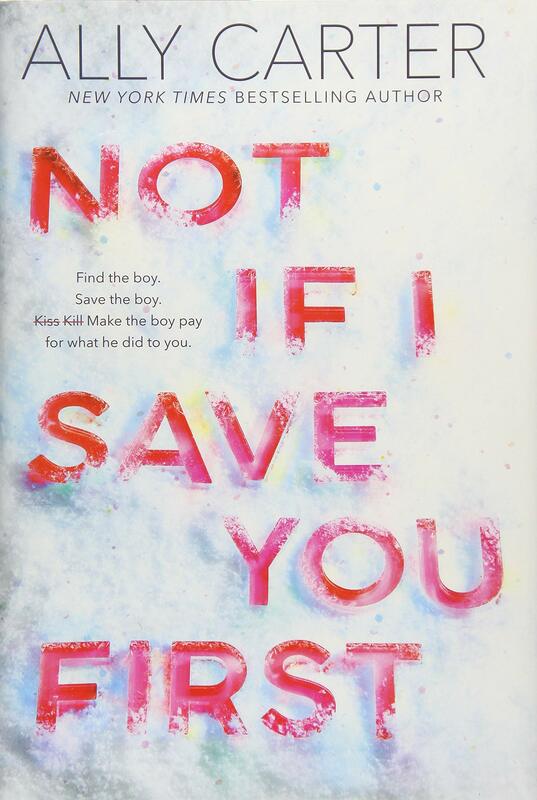 Maddie thought that she and Logan would be friends forever. But when your dad is a Secret Service agent, and your best friend is the president’s son, sometimes life has other plans. Before she knows it, Maddie’s dad is dragging her to a cabin in the middle of the Alaskan wilderness.

And not a single word from Logan.

And Maddie decides to kill him.

But before that can happen, an assailant appears out of nowhere, knocking Maddie off a cliff and dragging Logan to some unknown fate. Maddie knows she could turn back and get help. But the weather is turning and the terrain will only get more treacherous, the animals more deadly.

Maddie still wants to kill Logan. But she has to save him first.
​
BL 4.7
10 Points
Activity 1: The book mentions some “secret passages” in the White House. Design your own idea of Possible secret ways the First Family and agents could move about the White House.​If you’ve seen some of the movies made about the White House like National Treasure-Book of Secrets or White House Down, you know that movies have incorporated these secret passages into them. Do you believe that they exist? When you use to visit the White House from a Senators office, they would take you on the underground train system that went from their office to the White House and Capital. Use all of this information, look up information on the internet, and especially use your imagination to draw out what you think they might look like.
Activity 2: ​What would it take to become a Secret Service agent? Is that something that interests you? Do you think what you do now could affect the possibility of you becoming one? Find the requirements needed, write or type those for me, and then tell me whether or not you think it would be a good career path for you or for anyone else you might know. Or, would you rather be the president??
Activity 3: Maddie and her father are living in Alaska. A very remote part of Alaska. What survival skills do you think it would take to survive in Alaska? Design your ideal cabin for living in a remote part of Alaska. What would your ideal area be? What kind of terrain would be best, and explain how you would take advantage of it. This project can either be created on the computer, drawn, or you can make a diorama to show me your ideas. You will also need to include written information about what you’ve found out. Do you think that you would like to live like Maddie did?