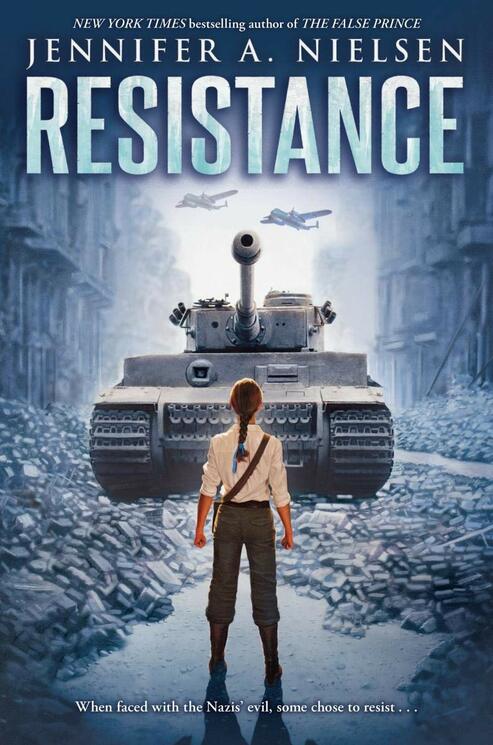 Chaya Lindner is a teenager living in Nazi-occupied Poland. Simply being Jewish places her in danger of being killed or sent to the concentration camps. After her little sister is taken away, her younger brother disappears, and her parents all but lose hope, Chaya is determined to make a difference. Using forged papers and her fair features, Chaya becomes a courier and travels between the Jewish ghettos of Poland, smuggling food, papers, and even people.

Soon Chaya joins a resistance cell that runs raids on the Nazis’ supplies. But after a mission goes terribly wrong, Chaya’s network shatters. She is alone and unsure of where to go, until Esther, a member of her cell, finds her and delivers a message. That message chills Chaya to her core and sends her on a journey toward an even larger uprising in the works—in the heart of the Warsaw Ghetto.
​
BL 5.8
14 Points
Activity 1: Watch this video on the Warsaw Uprising
https://www.youtube.com/watch?v=xIOdiO2_SYM
Using the information from this video, the book, and any other information you can find, create a timeline of the Warsaw Uprising. Chaya and her group were very young, and very brave. Do you think you would have had the courage to react the way they did?
Activity 2: ​Character Sketch – While I am reading, my mind creates a picture of the characters in the book. There were many interesting characters in the book Resistance. Draw one of the characters from the book. Describe the character’s actions in the text using 2-3 sentences.
Activity 3: What do you think the theme of Resistance is? Your idea might be different from mine, and everyone else who does this activity. The evidence you put behind your idea is what matters. To figure out the theme, as yourself: What did the characters learn? How did the characters grow and change? Why did the characters act this way? Some common themes are; compassion, perseverance, good and evil, belief, pride, fear and consequences. Choose one of these themes, or come up with one on your own. On your paper, make sure you answer the three questions that are listed above to defend your decision. Remember, your decision is right, you just have to prove it with what you think.