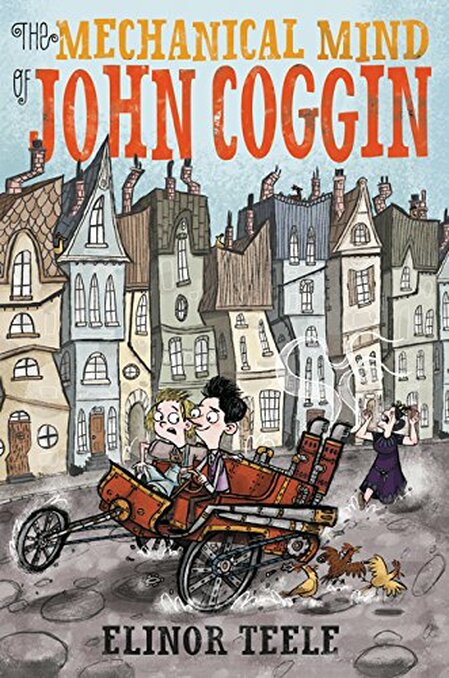 Roald Dahl meets The Penderwicks in this quirky, humorous, whimsical, and heartwarming middle grade debut about two siblings who run away from home to escape working in the family coffin business.
John Coggin is no ordinary boy. He is devising an invention that nobody has ever seen before, something that just might change the world, or at least make life a little bit better for him and his little sister, Page. But that’s only when he can sneak a break from his loathsome job—building coffins for the family business under the beady gaze of his cruel Great-Aunt Beauregard.
When Great-Aunt Beauregard informs John that she’s going to make him a permanent partner in Coggin Family Coffins—and train Page to be an undertaker—John and Page hit the road. Before long, they’ve fallen in with a host of colorful characters, all of whom, like John and Page, are in search of a place they can call home. But home isn’t something you find so much as something you fight for, and John soon realizes that he and Page are in for the fight of their lives.
​
BL 5.2
10 Points
Activity 1: The Mechanical Mind of John Coggin is mainly a story about John Coggin, yet his sister Page is much a part of the adventure. In fact, many times she has to remind John of that exact fact. Pick a scene you enjoyed or remembered well from the book. Rewrite the scene from Page’s point of view. How does Page feel? What does Page think? How would Page do things differently?
Activity 2: The Steam Engine is one of history’s most important inventions. Take a trip to the library to research the following:
Possible sources for information:
Take notes and gather as much information as possible. Once the information is gathered, create an illustrated poster defining and explaining the steam engine’s place in history.
Activity 3: John is an engineer, and engineers are famous for building skyscrapers, bridges, space stations – the biggest, best, and longest things you can think of!
This project would be a great one to be done with a group of students. Choose one or the other of the projects. When you are done with your bridge project, take a picture or video of the completed project and send it to Mrs. Jack (jjack@esu11.org)