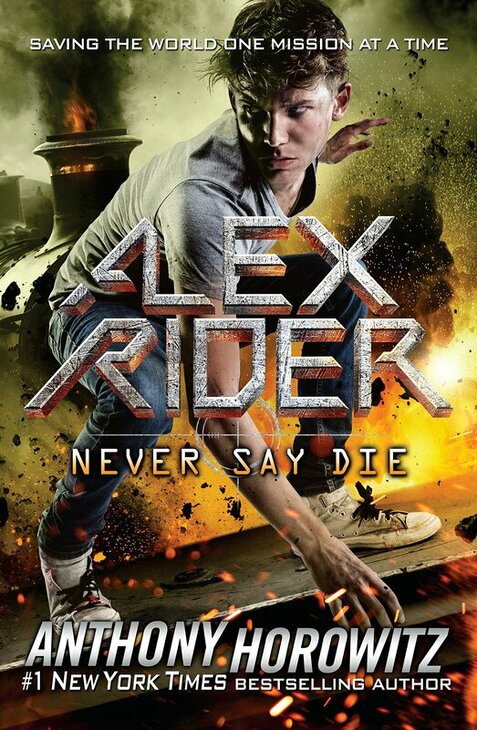 Alex Rider will soon be a star in his very own TV series!

The world’s greatest teen spy is back in action in a thrilling new mission: destroy once and for all the terrorist organization SCORPIA. Americans may have purchased more than 6 million copies of Alex's adventures, but now, more than ever, we all need his heroics.

Following the events of Scorpia Rising, Alex relocates to San Francisco as he slowly recovers from the tragic death of his best friend and caregiver, Jack Starbright, at the hands of terrorists working for SCORPIA. With Jack gone, Alex feels lost and alone, but then, out of the blue, he receives a cryptic email--just three words long, but enough to make Alex believe that Jack may be alive. Armed with this shred of hope, Alex boards a flight bound for Egypt and embarks on a dubious quest to track Jack down.

Yet SCORPIA knows Alex's weakness. And the question of whether Jack is alive soon takes a backseat to a chilling new terrorist plot--one that will play with Alex’s mind as he grasps the magnitude of what is at stake.

From Egypt to France to Wales, from luxury yachts to abandoned coal mines, Alex traverses a minefield of dangers and cryptic clues as he fights to discover the truth. The #1 New York Times bestselling series, perfect for fans of James Bond and Jason Bourne, is back with a vengeance!

"Once again amid races, chases, hails of bullets, and increasingly spectacular explosions, the teenage James Bond pulls off one awesome feat of derring-do after another. [This] fresh caper . . . roars along to a (naturally) explosive climax."--Booklist

"In his usual breakneck fashion, Horowitz whisks Alex from one improbable situation to another . . . this installment is sure to please Alex's legions of fans."--Kirkus Reviews

BL 5.4
14 Points
Activity 1: ​Alex Rider survival kit. If Alex Rider was stranded in Smoke City again, what would he include in his survival kit to ensure a smoother and less risky escape with the children? You could make a survival kit and take a photograph of it or send me your drawing. You could also create these items on the computer and send me a picture or the actual drawing.
Activity 2: Design a new Never Say Die book cover. Design your own alternative book cover, based on their interpretation of the story. Again, you can draw the cover or create it on a computer. Make sure that the cover will make someone want to read the book.
Activity 3: There are several moments in the book where a key chemical reaction moves the story forward. Can you identify any of these? Develop your understanding of what occurs during these chemical reactions. Examples include:​
■ Alex using sulphuric acid to burn through metal and release the BENZENE
(chapter 21)

■ The butane gas explosion aboard the Quicksilver (chapter 10)

You have the option to make a PowerPoint, poster, write out how it works in words, or whatever you would like to that describes how each of these chemical reactions would work. Are there similarities in each of these? Which of them would be the most dangerous? Are any of them unrealistic and wouldn’t be able to work the way it was described in the book? Have fun with this activity.