To Right the Wrongs
-Sheryl Scarborough 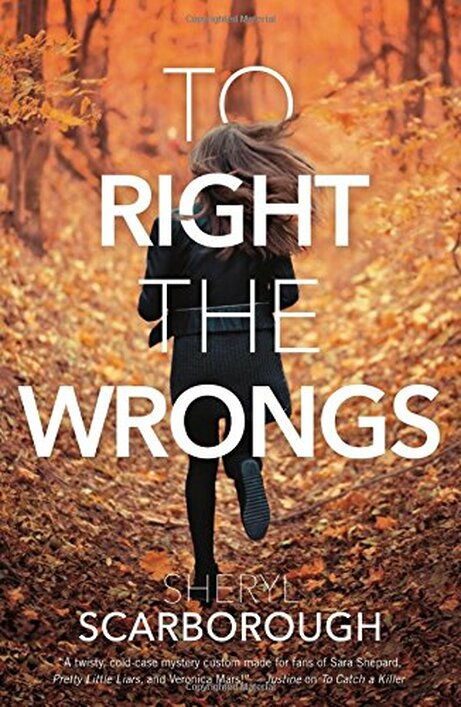 Erin Blake has one goal for summer vacation: leave behind her reputation as the girl whose mom was murdered and just be a normal girl enjoying her first real romance. Unfortunately (unless you’re a mystery fanatic), her hot new boyfriend also has a murder in his past. When Journey was a baby, his father was convicted of the murder of a teenage runaway and sent to prison.

Journey barely remembers his father, but he’s been researching the case, and something doesn’t add up. His father had no reason to kill anyone, much less a teenager, and he’s always maintained his innocence. Journey is convinced he was framed.

Hopefully, he and Victor, the former FBI crime scene expert, will be able to prove it. But if Journey’s father didn’t do it, that means somebody else did―and after getting away with it for 16 years, that person could be more dangerous than ever.

BL 4.3
11 Points
Activity 1:  Click on this link to an online resume of Sheryl Scarborough.​

She has published books, been a ghost writer, published comics, worked on television specials and series, and received many awards. Have you seen/experienced anything she’s done besides To Right the Wrongs? Find out more information about Ms. Scarborough and write your own resume which includes when/where she was born, where she went to school, and a shorter summary of what she’s accomplished. I’m sure I’ll be able to see amazing resumes about you someday as well!!
Activity 2: ​The Innocence Project is a project trying to get wrongfully convicted people out of jail, just like Journey’s father. Go to this website https://www.innocenceproject.org/justice-2018/ and read about the people who were convicted. Choose one of the people, and tell me about this person. You can create a poster, write a short summary, create a card that tells about the person, or create a PowerPoint, the choice is yours. You can also find someone else who has been wrongfully convicted other than this website as well. Do you think this happens a lot?
Activity 3: Scarborough incorporates a lot of scientific knowledge and exploration into her books. One of those things was a tracking beacon. She even shows you how to make one on her website (http://www.sherylscarborough.com/bella-beacon-tracking-bookmark-2/)Choose one of the scientific things she talks about in her book and do your own research on the project. DO the “experiment” yourself and learn about the scientific methods behind it. Make sure your project is safe and approved by your parents. I don’t want you to have to buy something, like you would have for the tracking beacon bookmark, but have fun!!